Something wicked this way comes

By the pricking of my thumbs, something wicked this
way comes.
So says the second witch to her sisters in Act 4, scene one of Shakespeare’s play, MacBeth.

It is the witches, representatives of evil, who stirred up in Macbeth, his fatal flaw of ambition, which led him to not only kill the king and usurp the throne, but descend into hell, darkness, violence and evil. He is paranoid, killing children, guilty, fearful, and though king living in hell.
When Macbeth seeks out the witches again to know his future…(maybe a reference to king Saul who sought out the witch of Endor)
…it is then that the second witch says about Macbeth:

By the pricking of my thumbs, something wicked this
way comes.

Macbeth has succumbed to temptation and it he has become very wicked indeed.

Ray Bradbury used this same phrase “Something wicked this way comes” as the title for a book he wrote in 1962.
It is a dark fantasy novel about a carnival coming to town and tempting the townspeople. The carnival’s leader is Mr. Dark who seems to be able to fulfill the fantasies and wishes of people, but really is stealing their souls.
The two protagonists are 12-year-old boys, Jim and Will, who end up, along with Will’s Dad, Charles, defeating evil, not by physical force or supernatural powers, but by purity of heart.

I can resist anything but temptation said Oscar Wilde.

Lead me not into temptation. I can find the way myself.

There are many temptations in this life, but cake is probably one of the biggest of them.

But I am wondering today, if we can really sell our souls to the devil
I am wondering if we recognize when something wicked comes this way.

I do think something wicked came Jesus’ way and he refused it.

The first temptation was to turn stones into bread. It targeted Jesus’ hunger.
The temptation not to hunger is a great temptation. To satisfy every hunger, every longing, every wish, every want is a dream of so many of us.
Lotto Max suggests that we should dream to the max. Imagine fulfilling every wish, every dream.

Can hunger be a teacher instead of an enemy?

And what is the food we really need to be satisfied in life, to be happy.?
Many of us who have lived more than a few years on this planet, now recognize that hunger for fame, for power, for money, for possessions; while real human, almost universal hungers…
...often don’t meet our deepest needs, the hunger to love, to be loved, to be accepted, to be ourselves, to be content, to be at peace.

The second temptation is also a truly human temptation. Bow down to money, to fame, to power, to getting things done, to the end justifies the means, to climbing the ladder and stepping on people’s toes and you too can have the American Dream, or the Canadian Dream and you can possess the kingdoms of this world.
Fame, money, power.
But maybe what we need is to sit with humility…
…the understanding that we are just one human among billions, and while we have some power, some recognition with a few people, some things, that maybe what we need to learn is,
that we are already significant, we are already loved, that we already have what we need, that we already are a beloved child of God, and the power we need, is not the power to control our destiny, or shape the world, or control others, but simply the power to love everyone we meet.
Christians actually have a sad history with power, ambition, glory and authority. Many times, the church should have said NO to the temptation to possess the kingdoms of this world.

The third temptation is for Jesus to cast himself down from the temple and let the angels catch him.
This might be the most enticing of all the temptations. For after all, don’t we pray for God to keep us safe, to protect our children, to change the world and put a guardian angel keeping watch on our loved ones.
We want to believe that if we pray hard enough, or have enough faith, then God will keep his side of the bargain, and God will be there to physically rescue us when we need help.
But the cross teaches us, and life teaches us that God’s precious ones are human. They bleed. They suffer. They get cancer. They are sometimes victims of violence, or war, or famine or flood, and there’s no get out of jail free card to avoid human suffering.
We are not children of a God, a parent who takes away our suffering, but children of a God who walks with us in the valley of the shadow of death, who has promised to never leave us or forsake us, and nothing can separate us from God’s love, not even death itself.

In some ways these temptations are similar to the temptation of Adam and Eve. They were tempted to not be human and were tempted to be like God, knowing good and evil.
Jesus himself is tempted to not be fully human. He is tempted to use his so-called divine powers to avoid being human…
But here’s the thing, the real divinity of Jesus might not be that he can do miracles, but that he can be fully human.
Maybe the truth of the gospel is that Jesus shows us what real humanity is, what real love is, what real forgiveness is…. Maybe Jesus is the true human, and we are only images of what is truly means to be human and humane.
And what we need, is to die… to die to only being partly human, and what we need to be born again to, is, being fully human like Jesus.

Maybe the man who best talked about the temptations of Jesus was a Russian Christian who wrote a whole chapter in his novel the Brothers Karamazov, about the temptation of Christ.
The novelist was Fyodor Dostoevsky who was brought up in the Russian Orthodox Church, became an atheist; and came back to faith when he was given a New Testament that he read while in prison in Siberia. He and some others were accused of reading forbidden literature that criticized that Tzar and Russian Politics. He was branded a conspirator and was sentenced to death by firing squad. Fortunately, the sentence was commuted at that last moment, just minutes before the execution was to be carried out.

Dostoevsky was kept in shackles on his hands and feet for four years and only permitted to read one book, his New Testament. And he became devoted to Jesus.

His magnum opus as a writer was the novel the Brothers Karamazov. The book is about three brothers: Dmitri, the soldier, Ivan, the non-believer, and Alyosha, the youngest, who at the start of the novel is a novice in the local monastery. Alyosha is the main protagonist of the novel.
The most famous chapter in the book is called the Grand Inquisitor where Ivan tells Alyosha a story, or a parable, or as he called it a poem.
In this story Jesus has come back to earth in Seville, Spain during the time of the Great Inquisition, and Jesus is arrested by Inquisition leaders and sentenced to be burned to death. The Grand Inquisitor visits Jesus in his cell to tell Jesus that the church no longer needs Jesus.

The Grand Inquisitor launches into the three temptations of Jesus in the wilderness and tells Jesus that rejecting the temptations in favor of freedom is the wrong thing to do.
The Grand Inquisitor says that in order to make a better world, to reduce suffering, then humans should not have the freedom to choose.
If humans have the freedom to choose, then they will not choose what is best.
Therefore, the church should feed the hungry, the church should take up the power of the world, the church should pronounce miracles.
In other words, if the church emphasized miracles, mystery and authority, then individuals would be relieved of choice, and the church could decide for the individual.

The scary thing about Dostoevsky’s writing which was done some 160 years ago is that his writing is a terrifying prophecy of the totalitarian state, that thinks it knows best what is good for the individual and for society, and takes choice away.
Today, as we look upon Russia invading the Ukraine, many of us think of something wicked coming this way, and yet Dostoevsky kind of predicted it, and many other evils done by totalitarian, regimes and rulers; but not just by totalitarian states, but any controlling religion, empire, culture, government or system, including at times Capitalism.
It was a critique and warning, and is a critique and warning of any social system that thinks it will replace the old system. There is no social system, no religion, no institution, no church, no philosophy that will make this world a better place, if people do not have the freedom to make the choice to love. Real change is not the government, it comes one heart at a time. You cannot legislate love.

Dostoevsky’s own life was very much influenced by the ethics of St. Ambrose of Optina. In the novel there is a character who characterizes those ethics.
His name is Father Zosima, the spiritual guide for Alyosha.

These are the two major themes of St. Ambrose which Dostoevsky makes the major themes of the novel:
1. Nourishing the soul is even more important than nourishing the body, for your soul, as cultivated through a virtuous life, outlives the body.
2. A virtuous life is one that shows love for everyone in thought and deed, that honors everyone, that holds hatred in the heart for no one.

Something wicked comes our way, according to Dostoevsky when we choose to relieve suffering over spiritual freedom.
Spiritual freedom Dostoevsky tells us, is an immense burden, humanity’s greatest, but any attempt on our part to alleviate that burden, even one motivated by sympathy for the suffering, is not only wrong, but is in defiance of God.
Dostoevsky believes the entirety of a life’s work for the ethical person comes in exercising one’ s spiritual freedom, every day, in every moment, to choose the difficult life of love for all, over the easy life of worldly comfort.

Dostoevsky doesn’t tell us what it means. I like to think it is divine pardon, unconditional love, Christ acknowledging our freedom to choose or not choose him.

But when Ivan the atheist is finished his argument, wondering whether his brother Alyosha, the Christian, will reject him, Alyosha goes and kisses his brother Ivan on the lips.
“That’s plagiarism” says Ivan.

Dostoevsky doesn’t say it, but just implies it: That’s Christ.

To choose to love, even the ones who think they know better than God. To choose the path of love, even when something wicked this way comes. Amen.

Bibliography: I referred to and quoted from the following article by Spencer Baum
https://medium.com/@spencerbaum/the-grand-inquisitor-in-brothers-karamazov-1ca1dd3372e4 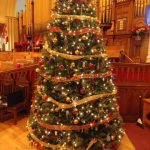